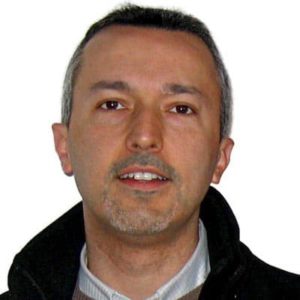 talks to AZoNano about their new Nano-Observer AFM and the flexibility it offers the AFM market.

Why was the Nano-Observer AFM developed?

After working for over twenty years with « the Big Players » and developing new technologies and add-ons for their systems, we were asked by some of our customers to develop our own system for several reasons.

First, we needed to develop an affordable AFM covering most of the main AFM application areas with multiple imaging modes.

Secondly, we wanted to develop a system where we could have full control over future developments. This can be difficult when developing add-ons for current systems already available from other equipment manufacturers. This way enables CSI to become a leader through new developments or novel modes.

Finally, we wanted to develop a user-friendly technique which required limited training and was intuitive for the user to operate.

How have you achieved Low noise feedback?

We did not wanted to make a « cheap » AFM. We wanted it to be affordable but with the best price performance possible.

Ultimately, we did not want to compromise on component quality. We used:

Then we used our past experience to make a smart and balanced choice between analog and digital processing to enhance each signal and perform low noise and fast feedback.

How user friendly is the system and what features have been incorporated to achieve this?

We have years of experience in offering AFM training to the users of other AFMs from various manufacturers. This means we have a clear insight in 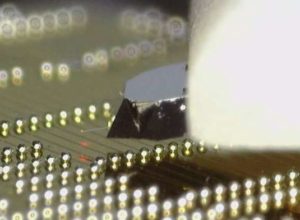 We developed the Nano-Observer to include as much visibility as possible using the standard top view, but more importantly we included a high quality side view camera.

The Intuitive software has pre-defined modes giving the user pre-configured steps for them to follow.

We have also incorporated hardware auto-configuration. Electronic switches are used to set the system for the desired mode. This means we can eliminate the need to add or remove cables or modules.

The user does not need to be an expert. For each mode, the software has pre-defined parameters and auto-configuration.

For example, if I want to make HD-KFMTM measurement, I simply need to mount a standard conductive probe. The auto-tune will set the appropriate amplitude (higher than for usual tapping-mode) and the right off peak at the appropriate set point and gains. Then, the same is done for the second lock-in dedicated to the KFM control. The controller (electronics) set and drive the lock-ins to the appropriate input/output and the user only needs to stay in front of the computer to make the measurements.

Our intuitive software was first created to be fully controlled using a computer and mouse. We quickly realized how easy it is to use and as soon as touch screen technology appeared, we were ready to implement it into our system. Today you can monitor the Nano-Observer AFM with one finger using a touch-screen, a tablet or even your smartphone! So, you have your AFM at the end of your finger.

How does this differ from the other systems?

By all the points I mentioned before, it is an incomparable package!

The Nano-Observer is the best price/performance AFM on the market. A low noise system (all AFM loop) with an all in one scanner to offer high resolution up to 100µm scan in one unique scanner.

As mentioned before, our goal was not to make an affordable standard AFM, not a « me too ». We wanted full control of the system and the freedom to follow our own philosophy of collaboration and development with research labs. This has allowed us to develop some key and unique features:

And of course, the ease of use to set it up, for all AFM modes and environments.

Another particularity of CSI, is that we can customize our equipment for specific requests. We recently worked with the French atomic center (CEA) to develop a custom system, and they are now close to implementing the Nano-Observer AFM in a new field of application after only few months.

What different modes are available to users?

Beside the standard modes (contact, tapping, EFM/MFM/PFM…) and the fact that we simplified their use, we also enlarged the possibilities by adding different environments (atmosphere control (gas, humidity etc.), EZ temperature control (low drift and temperature control up to 200°C) and EZ liquids (no laser re-alignment and stable AC mode in fluids)).

We are striving to be a major player in this field by creating and opening new possibilities for the AFM users. For example:

How do the multiple modes complement each other?

All those « field » modes are using a « Lift » technique. This consists of lifting the tip above the surface at a constant height to measure the field effect to the AFM tip.

A new technique was recently introduced called « single-pass ». CSI developed and optimized this technique to apply it to the KFM measurements

, erasing the lift or dual pass technique. In addition, automatic tuning means it is incredibleeasy for the user set-up.

This is how the HD-KFMTM option was born, erasing the lift and thereby offering the best sensitivity and resolution for Kelvin probe measurements.

The HD-KFMTM is giving the surface potential of each point of the sample. It does not require the user to polarize the sample and can be used alongside electrical characterization in ResiScopeTM mode for Microelectronic, Organic Solar cells (semiconductor or OPV) or some materials.

The ResiScopeTM mode is able to cover a large range of electrical measurements (over 10 orders of magnitude) while maintaining a high sensitivity. The ResiScopeTM superiority is a very good complement to basic conductive or SSRM (Spreading Resistance) modes.

Using our experience, we implemented these modes and made them compatible with environmental control (gas, humidity) essential when optimizing electrical measurements for instance.

What applications areas have seen significant benefits from the range of modes the Nano-Observer offers?

There are a range of applications areas where the Nano-Observer is ideally suited. Electrical measurements and Materials:

How do you plan on developing the Nano-Observer further?

In the short term, we are focusing on nano-mechanical measurements and faster systems.

In the midterm, we are developing many new features, but it is too early to divulge any details about these. We will keep the industry informed as these progress.

Where can our readers learn more?

The above video gives a brilliant overview of the Nano-Observer and all the different modes.

Subscribe top our Newsletter or send any questions you have to: info@csinstruments.eu

Electronic Engineer, Louis Pacheco has worked for 4 years as a technical AFM specialist at Instrumat (first AFM/STM distributor in France). He then transitioned into a new role as AFM application Engineer and participated to creation of ScienTec, which quickly became a major AFM distributor in Europe. Passionate about the SPM/AFM field, he was hired by one of the leading worldwide AFM manufacturers as a consultant and worked on developing new AFM/STM platforms. At the same time, he was also creating an AFM R&D group in France which later became CSI (Concept Scientific Instruments) in 2006. Driven by Louis PACHECO, CSI was making OEM AFM platforms and developing customized AFMs for research labs in Europe. Louis helped develop the ResiScopeTM in collaboration with a French research laboratory (GEEPS – Centrale Supelec). In November 2011, CSI announced the introduction of its Nano-Observer AFM and immediately found huge success.

Disclaimer: The views expressed here are those of the interviewee and do not necessarily represent the views of AZoM.com Limited T/A AZoNetwork the owner and operator of this website. This disclaimer forms part of the Terms and conditions of use of this website.